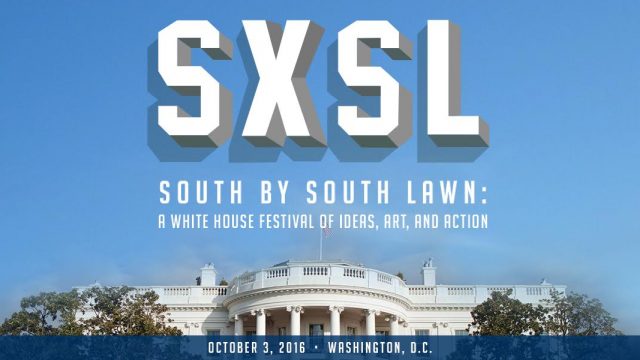 President Barack Obama is set to host the first South by South Lawn—a White House festival of ideas, art and action—in October, and Dreams for Schools’s Executive Director, Nithin Jilla, was selected out of thousands of nominations to attend.He will be joining other movers and shakers to take on Obama’s challenge to build towards an America that is more tolerant, fair and full of opportunities.On October 3, South by South Lawn will be comprised of three parts:

Congratulations to Nithin and all the nominees that have been selected to attend!

About Dreams for Schools:

Dreams for Schools was established to inspire, create and educate students to be STEM literate with hard and soft skills needed to become the critical thinkers, creative leaders and technologists of tomorrow.

Dreams for Schools is a 501(c)(3) that oversees programs and initiatives that contribute to educating youth about Science, Technology, Engineering & Math fields. The main outreach program of the organization is the AppJam+ Initiative. Dreams for Schools is currently undergoing a growth phase with mentorship from Innovators OC –  a community of leaders who support social entrepreneurs and social ventures in Southern California.

For more on Dreams for Schools, visit www.dreamsforschools.org.